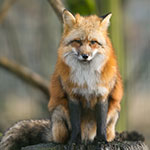 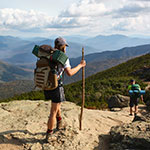 Find a multitude of fun events and great things to do, including weekend events, throughout the year, like music; festivals; comedy; outdoor fun; boat cruises; excursions for families and kids; food, wine and beer tastings. Weather is no problem; lots of things to do happen indoors.
Be sure to check out the listings of year-round Fairs & Festivals throughout New England. See also, Great Things to Do.

COVID-19 mask and social distancing requirements are still in place at some entertainment venues and live events and festivals in New England. Please check with each venue before purchasing tickets or attending an event.

Health & Fitness Historic Outdoor Activities Performing Arts, Theater, Dance Workshops & Classes
We welcome the events that are open to the public. Click here to Submit your Event for FREE 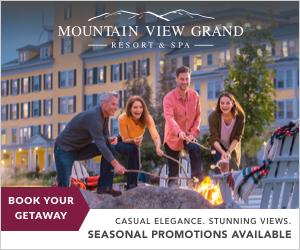 The American Lung Association presents the 13th annual Cycle the Seacoast, a one-day, multi-route cycling event that is both challenging and fun. Choose from a 25, 50 or 100 mile route. Money raised helps fund the American Lung Association’s work to improve lung health and prevent lung disease through efforts such as lung cancer research, improving the air we breathe so it does not cause or worsen lung disease, and reducing the burden of lung disease on individuals and families suffering from asthma and COPD. Appropriate for ages 7 and above. Visit the website for details about routes and start times.
7 a.m.
$200
207-624-0306

Commemorate and celebrate the 250th Anniversary of the Pine Tree Riot, which took place in Weare in April of 1772. The Boston Tea Party was inspired by this daring act of rebellion against the British Crown by the residents of Weare, NH. Learn about the Riot, see a play and demonstrations of period equipment, meet descendants, and more.
9 a.m.-2 p.m.
Free

Experience the beauty of winter inside a horse-drawn sleigh. Travel through the logging trails on Charmingfare Farm, view dazzling light displays, and stop at a cozy campfire to enjoy some warm refreshments. Plus, you might even get to meet some real life reindeer.
10 a.m.
$199-$320
603-483-5623

Local skating "stars" will perform routines with professional skaters from Ice Dance International. In the style of "Dancing with the Stars," the audience will be able to vote on their favorite performance. ⁠
2-3 p.m.
$22
603-433-1100

Urban Bush Women perform Haint Blu, a dance-theater work that reflects on the African Diaspora and familial lines through memory and magic. The dance troupe has been active for over 35 years and is women-led. All members of the public must show proof of full vaccination against COVID-19 or a negative result of a PCR test taken within 72 hours.
7:30 p.m.
$25+
603-646-2422

Learn how to create your own bookplate with master printmaker Kate Hanlon. A bookplate is a decorative label that can designate ownership, mark a certain collection, or introduce a bit of humor at the beginning of a text. This class will include an additional materials fee of $20 paid directly to the instructor on the day of the workshop.
10 a.m. – 3 p.m.
$165
603-518-4922